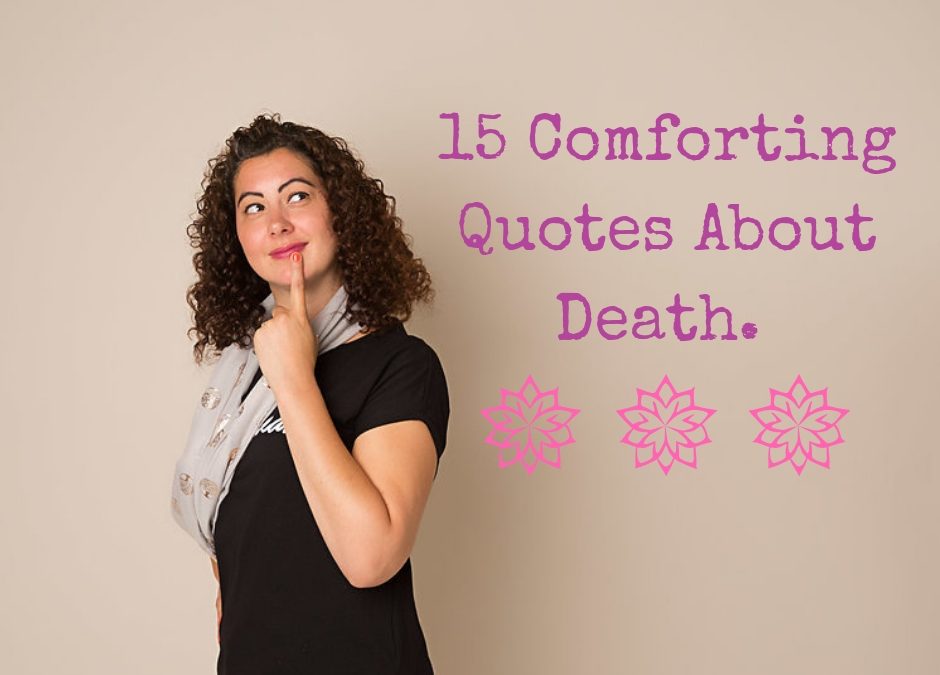 One thing’s for sure, we all have to deal with loss and we’re all going to die. As humans, we usually find this a tough thing to level with – physically, spiritually and emotionally. I don’t have all the answers but it can never hurt to seek comfort in some inspirational words, can it?

It’s important we feel able to discuss death, dying and grief now and for the future. Removing the fear and stigma around this will be a game changer – which is something I’ve started to realise just recently as I participate in Dying Matters Week.

If you or somebody you know is struggling with grief, head on over to my message box and I’ll do my best to help you.

We use cookies to ensure that we give you the best experience on our website. If you continue to use this site we will assume that you are happy with it.OkPrivacy policy